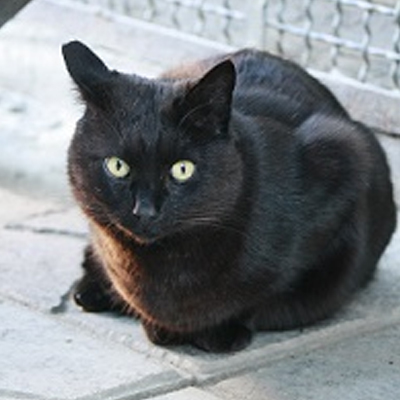 Gasperino was little more than a kitten when he arrived from the great Verano colony in June 2015.

He had suffered a car accident that had left him limping from the right rear leg, but he was very good and sweet, so we thought he could easily be adopted.
Unfortunately, the analysis revealed him positive at IVF … more, once he left the nursery, he discovered the adventure in the Sacred Area and did not show up for months.
Now he goes back and forth between Sacred Area and shelter, loves to be pampered and goes up on everyone … maybe he hopes that someone finally opens his house, but in the meantime has become a colossus!
Maybe a distance adoption could bring him luck.

This website uses cookies to improve your experience while you navigate through the website. Out of these, the cookies that are categorized as necessary are stored on your browser as they are essential for the working of basic functionalities of the website. We also use third-party cookies that help us analyze and understand how you use this website. These cookies will be stored in your browser only with your consent. You also have the option to opt-out of these cookies. But opting out of some of these cookies may affect your browsing experience.
Necessary Always Enabled

Any cookies that may not be particularly necessary for the website to function and is used specifically to collect user personal data via analytics, ads, other embedded contents are termed as non-necessary cookies. It is mandatory to procure user consent prior to running these cookies on your website.